Whenever I see a photograph of a Native American, I can’t help but think of Crazy Horse, and I’ve seen a fair number of them in my lifetime given the years I spent in the mission field, traveling to and from the Sioux and Athapaskan reservations in South Dakota and Alaska. During one late autumn trip to the Yankton Reservation when the sun was still strong enough to make it comfortable to sit outside and read, I devoured Ian Frazier’s Great Plains. He is one of my favorite New Yorker writers and authors because of his sense of humor and his natural style of storytelling, and he gave me one of my favorite Sioux stories written about the chief, one of the tribe’s great leaders.

The Soul of Great Leaders

My favorite anecdote from Frazier’s book is his retelling of a conversation Crazy Horse had with Dr. Valentine T. McGillycuddy, a surgeon who was treating the Sioux warrior’s wife, Black Shawl, for tuberculosis. The incident recounts Crazy Horse’s refusal to have his photograph taken: “Eventually, he [McGillycuddy] got to know Crazy Horse perhaps better than any other white man did. He thought Crazy Horse was ‘the greatest leader of his people in modern times.’ He asked several times to take his photograph, but Crazy Horse always refused.” He would say to the doctor, “‘My friend, why should you wish to shorten my life by taking from me my shadow?’”

Frazier also writes that D. F. Barry, a well-known photographer of Indian life, said he often tried to bribe Crazy Horse to sit for a photograph without success. I’ve always loved this story because it illustrates the quirky soulfulness I would encounter every time I was “on the rez.”

The Crazy Horse story came rushing back to me as I stood in the Norwalk Furniture showroom during High Point Market several weeks ago, admiring the vignette featuring a sprinkling of indigenous-inspired fabrics and a large portrait of an Indian chief in a Plains Tribal headdress. Norwalk’s president Caroline Hipple was walking me through the company’s new introductions, her comment that his visage struck her as soulful reflecting exactly what I was thinking in that moment.

I enjoyed seeing Norwalk’s new releases and talking with Caroline, who shares a love of photography with me and calls herself a fabric nerd because she is so enamored with beautiful textiles! I enjoyed our conversation about what gives a business soul and how it is necessary for a company’s culture to have it from the top down in order for soulfulness to flourish. I walked away from my visit thinking about those times all those years ago when I read great authors like Frazier and dreamed of leaving a legacy by publishing books about my life experiences, a feat I accomplished last year when Stranded on the Road to Promise came out.

The book is a memoir recounting my struggles with the realities I saw on the reservations and how to make sense of the sad state to which the Native Americans in our country have been reduced. I’m holding a giveaway of the book today, directions to enter spelled out at the end of this entry. To provide you with a taste of what you will find between its covers, I’m sharing this essay I carved from it titled “A Prayer for John Charging Whirlwind”:

The clouds clawed their way through a metallic sky as I pushed west from Sioux Falls, advancing deeper into the Great Plains. All too soon, I was back in Lower Brulé, attempting to navigate the abrupt transition from hope to disillusionment that never failed to surface in me as the grassy fields rolling toward the Missouri River slid noiselessly by.

Within minutes of my arrival, John Charging Whirlwind knocks on the door of the rectory and asks for something to eat. He is intoxicated and Barbara, the deacon assigned to the church, is uncertain whether letting him through the door is wise. Her empathetic heart overrides her cautionary mind and she acquiesces, offering him a sandwich and a cup of coffee, which he finishes quickly and quietly in the shadows on the stairwell.

Her concern that the two of us are alone with an inebriated man abates somewhat when he hands her his empty cup and asks her to pray for him. Gripping the chipped mug so firmly her knuckles blanch, she prays that he will be given peace and strength. When she ends her entreaty with a softly spoken, “Amen,” he sits silently for a moment with his head bowed. “I would like to pray now,” he finally responds.

Though he has consistently stumbled through the English words he’s spoken, he never once falters in his native tongue. His prayer in Lakota is rhythmically elegant and sure; his voice deep and husky, like the scrape of a hardwood plank being dragged across rough cement. His resonant words produce a halting music, and I feel as if I have been given a blessing like none I’ve ever received in a church.

Once he falls silent, the pause lingers so long that Barbara and I exchange glances, worried about what to do with the man who is now slumped forward on the steps with his eyes closed. She clears her throat, causing him to start. He struggles from the spot on the stairs, thanks us for our kindness and makes his way toward the door, a little steadier than when he’d arrived. As he stoops to clear the doorframe and enter the harsh July sunlight, the ragged piece of faded red cloth binding the ebony braid bisecting his back burns into my memory. I wanted to call him back, to hear him pray again, but I was frozen—incapable of doing more than standing in an awed silence in the doorway as he limped along Crazy Horse Street, never once looking back to see our stunned expressions.

This giveaway is open to residents of the United States only. To enter, leave a comment on this post telling me whether the Native Americans of this country ever cross your mind. I’m asking because I am curious to know just how invisible they are in this instant when the “busy-ness” of our world leaves scant time for reflection. Everyone who writes a comment will be mailed a book. The deadline for making comments that qualify is Tuesday, May 3, 2016, at 8 a.m. ET. Once the deadline has passed, comments will still be enabled but none will be considered as an entry in the giveaway.

As a side note, if you want to be truly blown away by some of the most soulful and luscious photography I’ve ever seen, visit Caroline Hipple’s Instagram feed. I promise it is one click-through that will be worth the effort. And if you are compiling your summer reading list, I do recommend Frazier’s book as a strong contender. The Great Plains images I took that accompany this post were all snapped on the Lower Brulé Reservation. 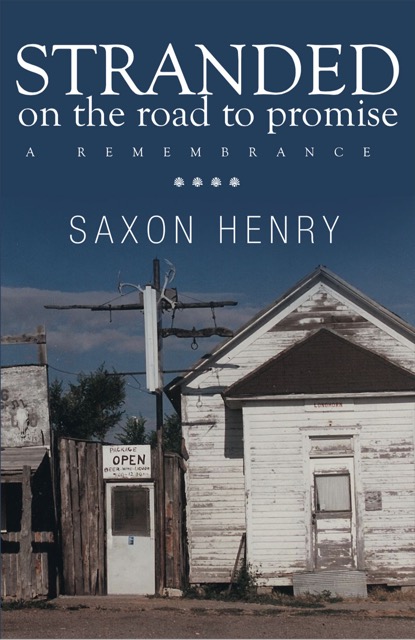 The Modern Salonnière and this entry, The Soul of Great Leaders, © Saxon Henry, all rights reserved. Saxon is an author, poet and SEO strategist. Her books include Anywhere But Here, Stranded on the Road to Promise and Four Florida Moderns.

14 Replies to “The Soul of Great Leaders”