when do you have such power and such contrary wills,

to make and unmake things so charming?” —Petrarch 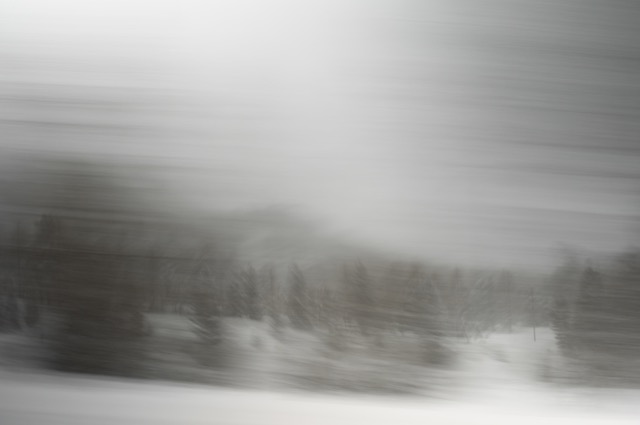 Petrarch, one of the best-known Italian poets of the Renaissance, built a legacy around the ephemeral emotion of grief. He once lamented that everything pleasing in the world was to him nothing more than a breve sogno (a brief dream). He described himself as having a yearning mind, as a man who thought and wept and wrote. He did so as a restless rambler suffering from the throes of unrequited love.

A Definition of Fleeting

I’ve written about visiting a number of towns where he was known to have walked during his lifetime—trips to Bologna, Venice and Parma bringing me ample inspiration for channeling the humanist. But I came closest to what is left of the man, the remains in his tomb in Arquà Petrarca, on a train slicing through the countryside from Bologna to Venice.

I marveled at the charming buildings dotting the landscape as I thought about his scattered rhymes, some written a stone’s throw from the tracks I raced along as we sped past Rovigo. I studied the graceful bell towers eclipsing the lush copses of trees. Every tiny town seemed to have a few—the thin conical turrets made of stucco; the stalwart square ones bricked, their appearance mimicking the feel of ramparts watching over long-silent battlefields. 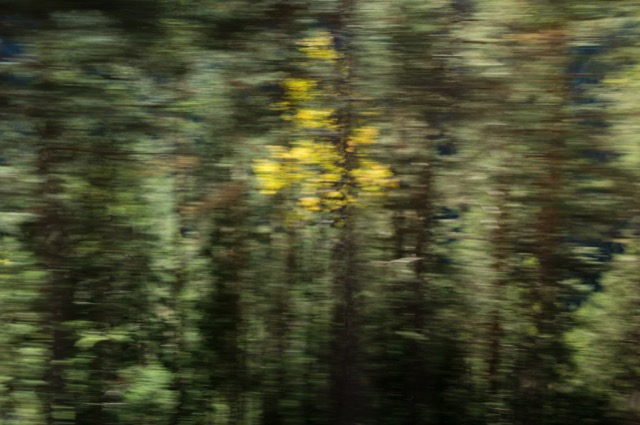 One of the challenges I face when I travel by train is trying not to miss the atmosphere while attempting to record my impressions in my writer’s notebook, the tension of wanting to put a pen to the page often losing out to watching the scenery blur as it slides through the windowpanes.

This struggle came to mind when I saw the expressive imagery by photographer Rolf Sachs included in the exhibition Camera in Motion, now on view at Galerie Andrea Caratsch in St. Mortiz, Switzerland. These metaphysical moments frozen in time with his Leica were captured along the World Heritage Rhaetian Albula/Bernina Railway, also called the Bernina Express, which snakes through the Alps.

He deems these glimpses of scenery an intermingling of abstraction and reality, explaining, “I was interested in exploring the subtle changes in nature and the different lighting conditions over the course of the seasons.”

It’s a rarity, isn’t it: to be able to capture the experience of wafting through luxuriant landscapes, not through words but through a visual wizardry that allows us to dream we could be anywhere as opposed to anchored in one spot? 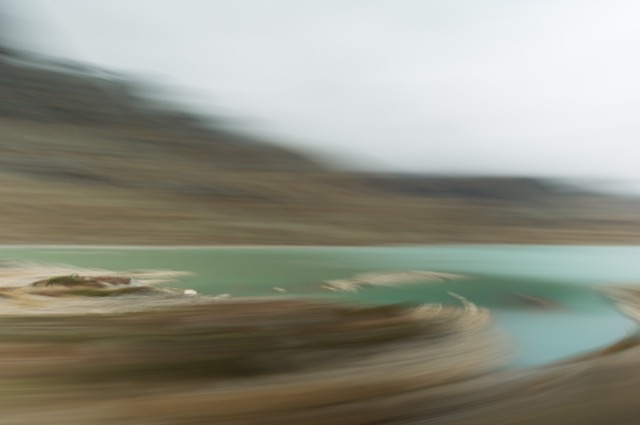 I’m happy to have such ethereal imagery to illustrate the train ride when I came the closest to where Petrarch’s last moments were lived. Each vista I experienced during that afternoon of movement brought to mind a word I think of so often every time I visit Italy: graceful.

Even the vine-covered utility buildings servicing the agricultural activities of the farms and vineyards were so beautiful I could have happily moved into them—the ambiance of one hay barn in particular, its massive doors slid open to reveal giant whorls of hay, was so lovely I could have easily turned it into a studio where I would spend hours contentedly writing.

Enchanting walled crypts, their arched fronts set with crosses, ushered in the first hilly stretch I’d seen since leaving Bologna. The attendant tiny chapel was ornamented with an old-fashioned hound craning its long, slim neck above the roofline—its appearance echoing a classical illustration you’d see in a book exploring the pedigree of the Italian Greyhound or the Whippet.

The white stucco façade glowed ethereal in the light, a beacon of sorts as we breached the Euganean hills and were shunted into the unsettling darkness of a tunnel. Was Petrarch entombed above me? I wondered, my questioning reflection holding in the train’s window until we sped just as shockingly into drenching light. 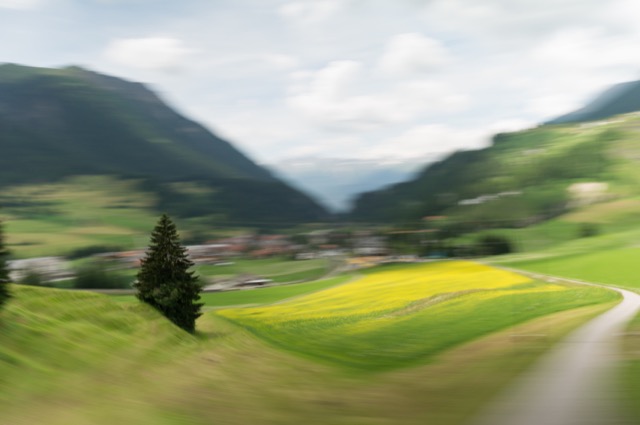 As the land grew flat again, plowed fields stretched into the distance and I said goodbye to the ridges where Petrarch’s corpse rested, vowing I would return some day to explore the peaks and valleys. As we drew closer to Venice, I realized the experience had left me feeling mellow, the episode seeming metaphorical for the fast pace with which we live our lives in modern times.

How is it we’ve reached such a fever pitch of distraction that there is no time for reflection? I wondered. How is it that moments pass with far too little notice until we’re beyond them, only realizing after the fact how much they might have meant had we only been mindful?

Petrarch was achingly aware of this. Author Gur Zak claims he was constantly wrestling with the illusory nature of his presence, of the fact that it was built on an absence, a phantasm, a memory of an image that did not really exist—one that may have dissolved at any given moment into complete disintegration. Fleeting. It’s the word I would use to illustrate my experience as I wafted past the Euganean hills and one that describes Rolf Sachs’s marvelous photographs.

He acknowledges this aspect of the photography in this statement: “The passage of time is very interesting in this project: the interplay of the shutter speed and the velocity of the train create the level of abstraction in the photographs but also give one a feeling of the changing sensuality of the landscape with the progression of the seasons.”

Anyone who has the privilege of living with one or more of these resplendent works of art should consider it a gift. I would choose one of the winterscapes to command a wall in my home. Which interpretation of nature would you favor? 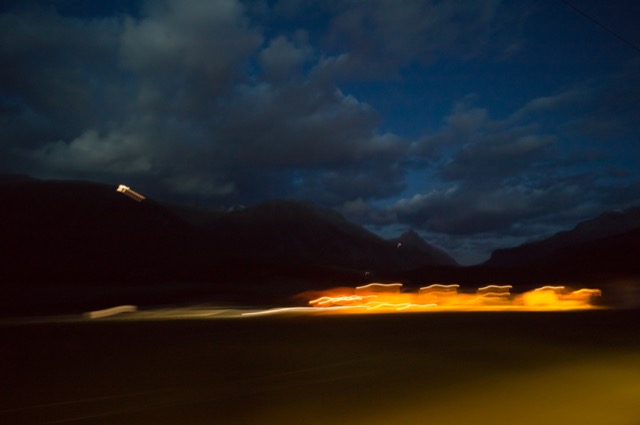 If his art ever brings him to New York City, I will definitely take the time to see it. For now, I’ll just have to live vicariously through anyone who is in St. Mortiz before Camera in Motion closes on April 7th. Let me know if you are able to make your way to Galerie Andrea Caratsch, okay? It is located at 12 Via Serlas and is open Monday through Saturday from 2 pm until 7pm. Because these beautiful works of art are ones I’d love to own, I’m including this entry in my Living with Art series.

The Modern Salonnière and this entry, The Definition of Fleeting, © Saxon Henry, all rights reserved. Saxon is an author, poet and journalist. Books include Anywhere But Here, Stranded on the Road to Promise and Four Florida Moderns.