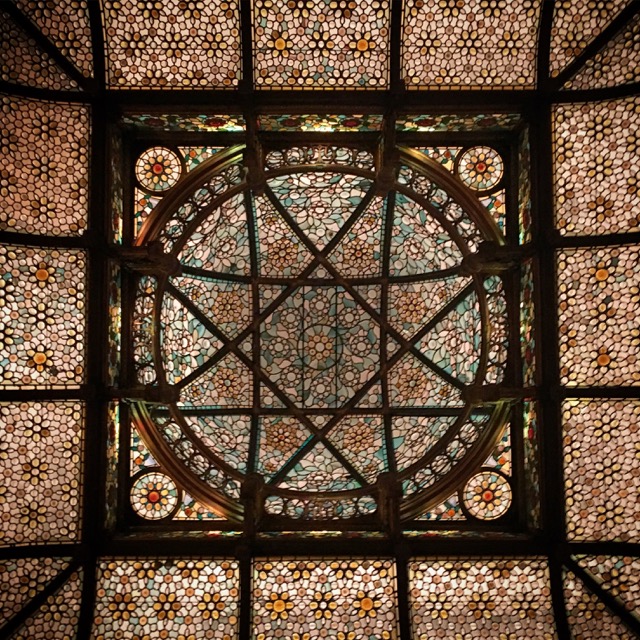 There is a momentum to writing that, once interrupted, is challenging to reboot. I’ve experienced this first-hand during the past two months as I have made some significant life changes, the most chaotic being a relocation of sorts. I’m no longer a full-time New Yorker, as I will now be splitting my time between New York City and Chattanooga, Tennessee, where I grew up. My NYC home will now be The National Arts Club, an historic mansion at 15 Gramercy Park South that houses a vibrant organization and, lucky for me, rooms for its members. During stays, I look forward to a bit of the red carpet treatment the building inspires.

The landmarked building is the Samuel Tilden Mansion, named for its former owner—the 25th Governor of New York. He acquired the house in 1863 and purchased the adjacent home several years later, hiring Calvert Vaux, one of the designers of Central Park, to undertake a wholesale renovation of both brownstones, which were originally built during the 1840s.

Features of the original architecture included flat-front, iron-grilled façades that matched the style of the homes still maintained on the west side of Gramercy Park. Tilden asked Vaux to modernize the conjoined residence, which the architect accomplished by cladding them in sandstone, inserting bay windows and adding ornamentation in the Aesthetic Movement style.

John La Farge created stained glass panels for the interior of the mansion; artisans from the firm of Ellin & Kitson designed elaborate fireplace surrounds, bookcases and doors; and glass master Donald MacDonald fashioned a unique stained glass dome for Tilden’s library that crowns the room where the bar is now located. It’s remarkable to sit in the parlor looking through the ample archway into the room where it looms overhead to see its grand proportions and subdued lit beauty holding sway.

The Club acquired the building, which was named a National Historic Landmark in 1976, in 1906 with the help of financier, philanthropist and NAC Governor Spencer Trask. The Club’s Membership has included three U.S. Presidents—Theodore Roosevelt, Woodrow Wilson and Dwight D. Eisenhower—as well as numerous fine artists, photographer Alfred Stieglitz, and architect Stanford White.

The building is a popular location for directors when they are shooting period films. Martin Scorsese chose the Club for several scenes in The Age of Innocence, which you can see early in the trailer below in all its crimson glory during the ball. Any time I find myself sitting in the parlor alone—usually before friends arrive—I imagine Daniel Day Lewis, as Newland Archer, cresting the stairs as he did in the film. The mansion reads like a movie set even when nothing is being filmed there, each corner the perfect vignette to lead you back into the past.

In the novel that Scorsese’s used as his inspiration, Edith Wharton describes her fictive grand locale: “The Beaufort house was one that New Yorkers were proud to show to foreigners, especially on the night of the annual ball. The Beauforts had been among the first people in New York to own their own red velvet carpet and have it rolled down the steps by their own footmen, under their own awning, instead of hiring it with the supper and the ball-room chairs.”

Wharton’s rendition of the scene during which Archer rose into the sitting room, one privileged step at a time, plays out like this: “Newland Archer, as became a young man of his position, strolled in somewhat late. He had left his overcoat with the silk-stockinged footmen (the stockings were one of the Beaufort’s few fatuities), had dawdled a while in the library hung with Buhl and malachite, where a few men were chatting and putting on their dancing-gloves, and had finally joined the line of guests whom Mrs. Beaufort was receiving on the threshold of the crimson drawing-room.”

A Backward Glance with Edith Wharton

It is no wonder Scorsese tapped the Club for these important early scenes as the rooms are so easily transformed into a backdrop of old-world lavishness described by Wharton. I very much look forward to my first stay in the mansion in mid January. I am planning to take the author’s memoir A Backward Glance to read while I’m there since these interiors are the closest I’ll likely come to staying in a New York residence that mimics her era. I will also take the book of letters between the novelist and her niece Beatrix Farrand because their exchange is filled with warmth and a devotion to design in the garden that illustrates what aesthetes the aunt and niece were.

Thanks for stopping by today and continuing to support me despite my long hiatus; I’m super happy to be getting back to the written word. I have missed being absorbed by the research for and the creation of literary design narratives here on the Improvateur blog. I’d also like to wish design fans everywhere a happy holiday season but I have one question: How the heck did we get to the last month of the year so quickly?

Text of The Red Carpet Treatment © Saxon Henry, all rights reserved. Saxon is an author, poet and strategist whose books include Anywhere But Here, Stranded on the Road to Promise and Four Florida Moderns.

6 thoughts on “The Red Carpet Treatment”